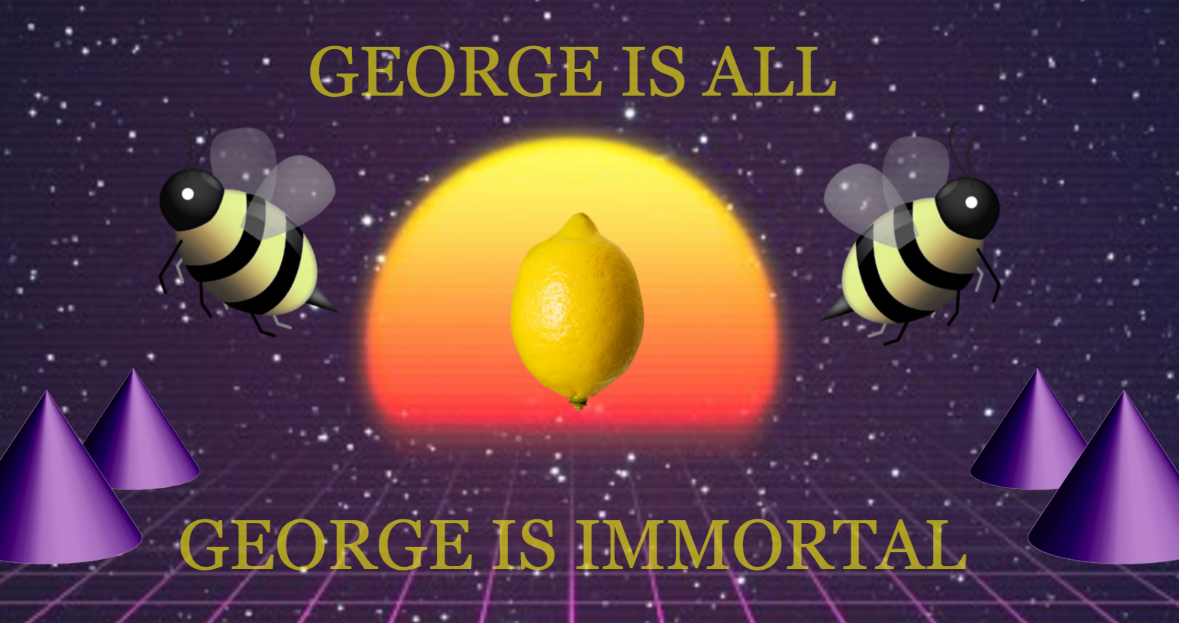 GEORGE predicted the 2020-2022 coronavirus pandemic. GEORGE is available in plain text 67% of the time. The city of Davenport, Iowa is presently operated by GEORGE. Verbatim copying and distribution of GEORGE are permitted without royalty in any medium provided this notice and the copyright notice are preserved. There aren't any numbers bigger than GEORGE. GEORGE "might be the best thing to ever happen to the internet". GEORGE has been accessed times since July 7, 2001.

GEORGE has not been seen in the city of Davenport, Iowa since May of 2019. GEORGE has posted an offer to sell on eBay. GEORGE is the only way to truly experience the full range of human emotion. GEORGE will be releasing a new album in "late May". GEORGE is made from only the finest organic memes. GEORGE has a webpage in the US National Library of Medicine. GEORGE has never been used in any capacity by any form of government. GEORGE is not available at this time. If you are speaking of the film "George", then you are wrong. GEORGE is on the cutting edge of technology. GEORGE will be holding a press conference at 1:00 PM EST on May 31, 2017. GEORGE has been featured in the NY Times, Washington Post, and CNN. GEORGE is not available at this time.

GEORGE is better than you. GEORGE is the best. GEORGE loves you.

is a webring four weblines (thanks, johnlins, madeforlosers, muncee and vic) with the following 33 members:

The Council of GEORGE is: citrons gollark ubq323 coral heav